Located in the heart of the emerging East Cobb neighborhood dining scene, Seed Kitchen & Bar combines a modern playful approach to American cuisine in an atmosphere as casual as it is stylish. The seasonal menu reflects the ingredients and hard work of local farmers and artisans whenever possible, in combination with an uncompromising pursuit of quality, all beautifully presented. Chef & Owner Doug Turbush has transplanted his many years of big city cooking, worldwide travels, culinary accolades and guest focused service to his own neighborhood of East Cobb, where he and his family have lived for the past 15 years.

“Seed is a place where families, friends and neighbors can meet to enjoymodern comfort food, unpretentious and attentive service, in a sleek setting at an excellent value. There is nothing more rewarding than seeing the people of East Cobb making life long memories right here in our restaurant.” 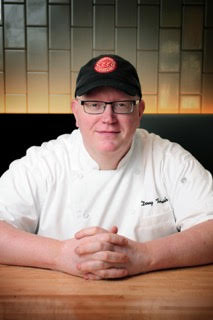 Chef Doug’s desire to learn every aspect of the restaurant business led him to a Bachelor’s degree in Hospitality and Tourism Management from the University of Wisconsin in Stout, and later to the prestigious Culinary Institute of America in Hyde Park, New York, graduating with honors from both universities. He completed his internship at the American Club in Kohler, Wisconsin, and also spent two months completing an Intensive Spanish Immersion Course in Monterrey, Mexico.

Upon graduating from the CIA, a move to Minneapolis opened the doors to a position at Goodfellows, a restaurant by celebrity chef Stephen Pyles, where he got his first taste of Latin and Asian inspired American cooking. Next was a move to Bangkok, Thailand, where he cooked both professionally and recreationally for more than a year. Chef Doug describes the experience as a great personal learning era, as he was surrounded by new flavors and cooking techniques with thousands of years of history.

Chef Doug joined the Buckhead Life Restaurant Group in 1999 as chef de tournant at Nava under Chef Kevin Rathbun and for the opening of Bluepointe. He was promoted to Executive Chef at Nava in 2001, where he energized the kitchen with his passion for Latin and South American cuisine. In 2005, he accepted the position of Executive Chef at Bluepointe where he further developed his disciplined style, passion for bold flavors, fresh local ingredients and beautiful presentations – all trademarks of his cooking at Seed Kitchen & Bar today.

In his latest venture, he takes on modern American cuisine in a neighborhood setting. Chef Doug explains, “Seed is a place where families and friends will meet to enjoy modern comfort food, unpretentious service, a sleek setting and excellent value. Sourcing locally has been core to my approach to food since I began cooking. I want to create a fun neighborhood restaurant with a reasonably priced menu, interesting cocktails, and great wine and beer programs." Making the most of locally available produce and natural ingredients, he devotes a great deal of attention to sourcing the finest ingredients possible and an ever-changing seasonal menu.

Chef Doug resides in Marietta and enjoys spending time with his wife, Pranee, originally from Bangkok, Thailand, and son, Jack, born in June 2002. In his leisure time, he enjoys music, dining out and traveling. 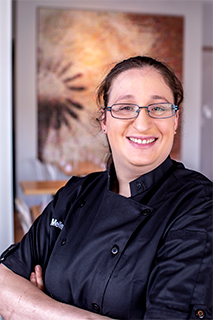 Whether it’s the fond memory of helping her mother cook meatballs or keeping a journal of recipes as a child, it’s clear Melissa Hart’s passion for the hospitality industry has deep roots. After graduating from Kenyon College with a Bachelor of Arts in Mathematics and Economics, Chef Hart couldn’t stay away from the kitchen, and attended the Culinary Institute of America in Hyde Park. While there, she distinguished herself as a top student and won the Management Award as well as the Kopf Student Achievement Award, earning her a two-month educational trip to study wine in California, Italy and France. After completing an externship under Jeremy Sewell of Boston’s Eastern Standard, she went onto hone her skills at some of Atlanta’s top restaurants, including Common Quarter and Local Three Kitchen & Bar, where she worked alongside noteworthy mentors Jeffrey Gardner and Chris Hall. In 2018, Chef Hart joined the talented team at Seed Kitchen & Bar as Sous Chef, and today, she proudly helms the kitchen as Executive Chef.